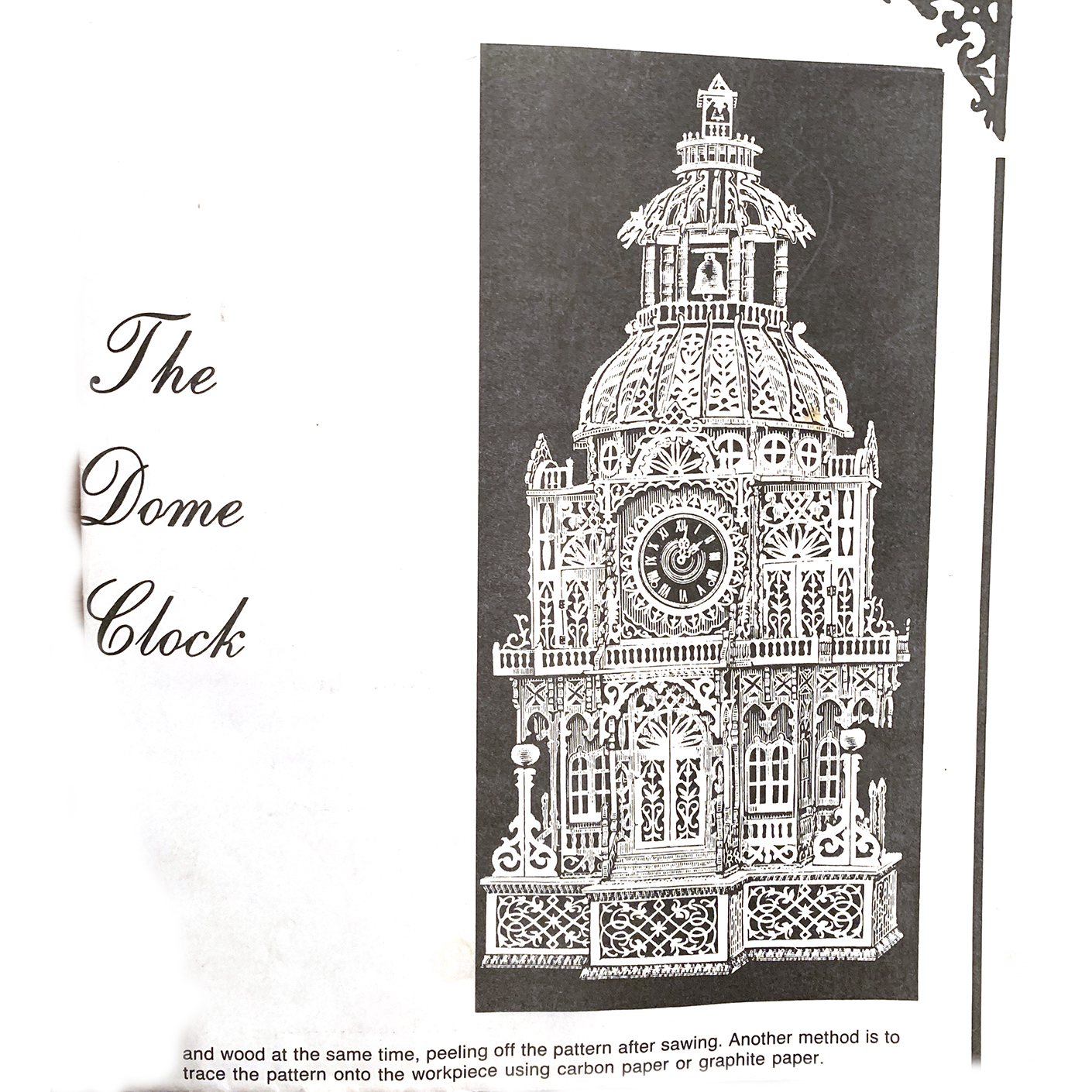 .LEWISTON—You can see the ornate clock built by Alphee Pratte (1923-2012) in the upstairs lobby of the Gendron Franco Center. His children–Solange Pepin, Jean Pratte, Bibianne Laliberte, and Camille Laliberte–donated the clock to the Franco after his death. 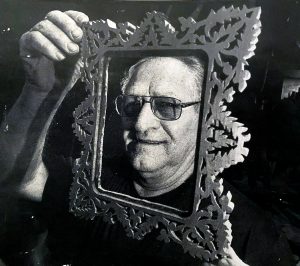 Pratte was a lumberman for all of his working life, first in Quebec and later in Maine. He moved to Lewiston in the early 1950s. He pursued his clock making hobby in retirement, “working approximately six hours a day, six days a week” for two months to finish a clock, according to a 1994 article in the Sun Journal. At that time, he had completed three clocks, all built from kits. 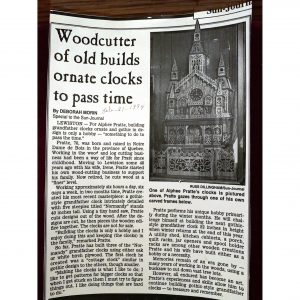 Pratte went from using bucksaws to fell trees, to using a tiny hand saw to cut the clock patterns from oak or white birch plywood. The kit Pratte used to build the clock that was donated to the Franco was “The Dome Clock” with patterns drawn by Dirk Boelman and James Reidle, from Reidle Products in Wisconsin. If you’re interested in fretwork, google this company. James Reidle was co-author of a 1989 book about fretwork titled, “Scroll Saw Fretwork Patterns.”

The Dome Clock kit paperwork states the clock kit is a “real challenge for the fretworker. This project makes a great heirloom and will be a remembrance of your talent for years to come.” Pratte’s background as a Franco may have played a part in his talent as Francos were known to be skillful builders. Many of the brick mill buildings in Lewiston-Auburn were built by skilled Franco masons. 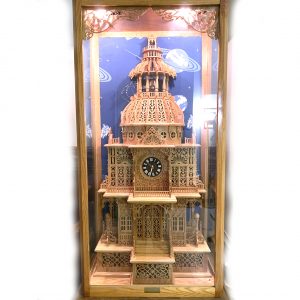 We appreciate the time and skill that Pratte put into building this Gothic-style ornate clock. We hope you take a moment to look at this clock during your next visit to the Franco.