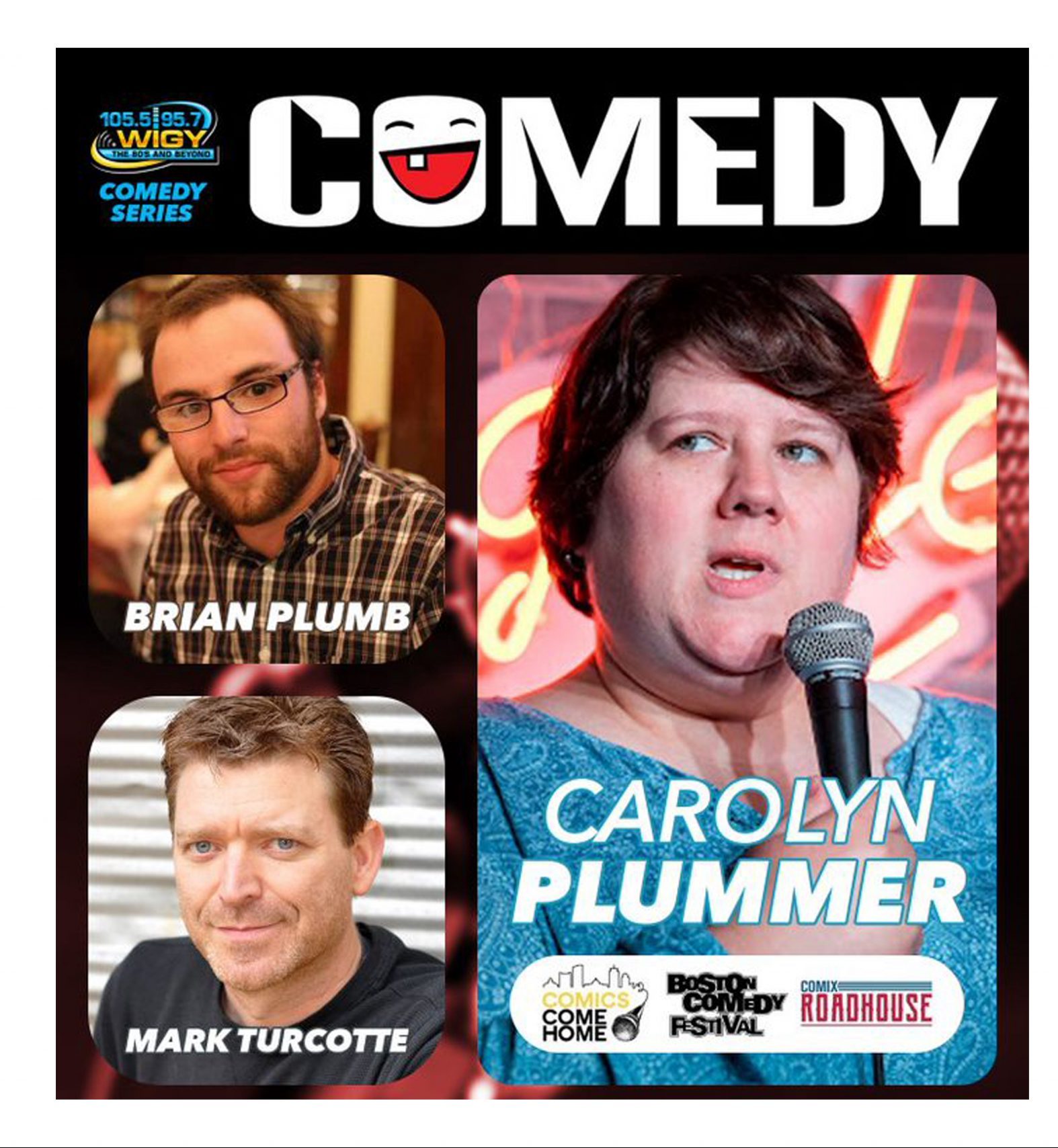 Plummer pulls material from life’s hum-drum, day-to-day monotony – and she does it well. She pulls from places most of us hide and puts a nail through the heart of whiners, self-loathers, and the self-sorry of the world. Most of all, her twisted perception of our common existence leaves audiences shaking heads in agreement. She performs throughout New England and was recently part of “Comics Come Home” at TD Garden in Boston.

Plumb’s confrontational style has made him a favorite throughout New England and beyond. He’s a regular at Comix at Mohegan Sun and performed at the Mutiny Radio Comedy Festival in San Francisco. He was a semi-finalist at the Last Comix Standing contest at Foxwoods Casino and has played the Dallas Comedy Festival, Hard Rock Hotel in Las Vegas, and NYC’s Greenwich Village Comedy Club.

Turcotte is the founder of Maine Event Comedy and was a finalist in the Funniest Comic on the East Coast Contest at Mohegan Sun and a semi-finalist at the World Series of Comedy in Sarasota, Florida. He was also part of the Gotham All-Stars Show in New York City. Turcotte once facilitated a marriage proposal during a 2015 show in Biddeford, Maine … the couple is still married.

The Franco Center is located at 46 Cedar Street in Lewiston. The show is for ages 18-and-over and will contain adult language and content. Tickets are $12 in advance, $15 at the door, and may be purchased online at FrancoCenter.org or by phone at 207-689-2000.

For more information, call or text 207-513-0742 or email maineeventcomedy@gmail.com.