The Stained-Glass Windows of St. Mary’s 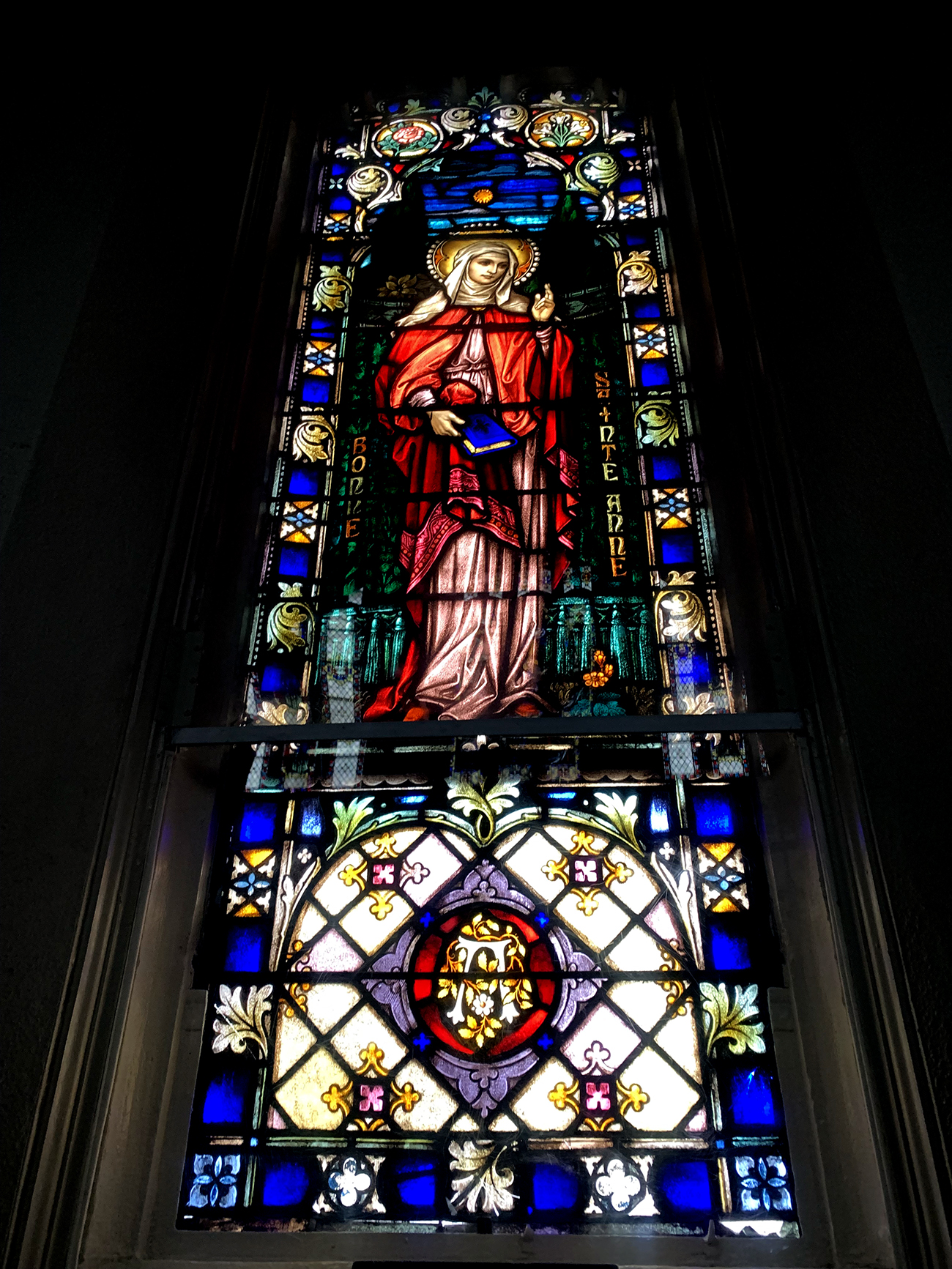 The nave at St. Mary’s contains 13 stained-glass windows at ground level. The windows are all stylistically identical: each window features one to three full-figured saints. The figures are set into a highly decorated architectural surround that is embellished with painted symbols that are appropriate to each saint’s history. The windows are expertly fabricated in a single-layer technique. In general, the windows are composed of mouth-blown antique glass. The windows are made of multiple panels stacked one above another and joined with lead meeting joints. All glass surfaces are painted and/or stained. 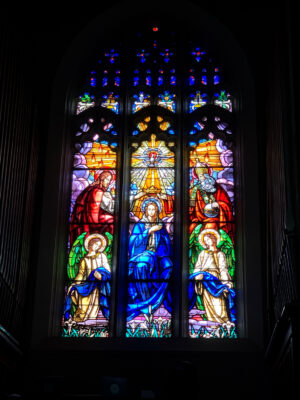 CORONATION OF THE VIRGIN
The choir loft above the main entry door contains a magnificent Coronation of the Virgin window by the renowned French studio Maumejean Freres. The window is stylistically related to both the Art Nouveau and the Art Deco periods with its elongated figures, curvilinear lines and stylized rendering. The term Art Nouveau is applied to a style of architecture, figurative and applied arts that flourished in the last decades of the 19th century and the early years of the 20th. The Art Deco period followed and was vitalized in many of the designs at the 1925 Exposition des Arts D’ecoratifs in Paris, an exposition that the Maumejean firm exhibited in a pavilion devoted entirely to the studios’ work.

In its most usual form, the Coronation of the Virgin shows the Virgin seated beside Christ who is in the act of placing a crown on her head. Or she may be crowned by God the Father, or by the Trinity. In the last instance, Christ, God the Father and the dove, the symbol of the Holy Ghost, are all present, the crown usually being placed on her head by Christ.