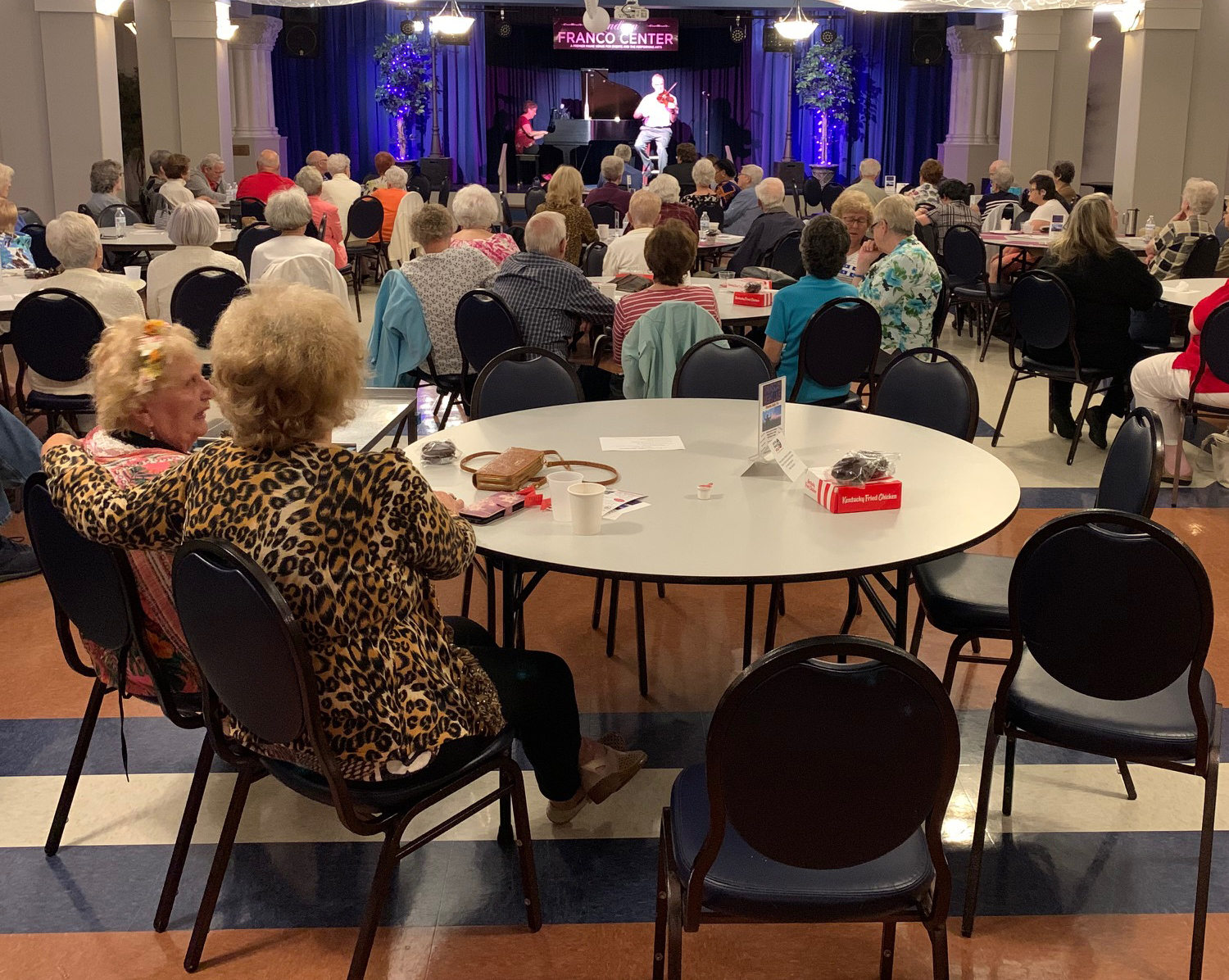 LEWISTON–St-Jean-Baptiste was the theme of La Rencontre held at the Franco Center on Thursday, June 23, 2022. There were 120 guests in attendance including Governor Janet Mills, Lewiston Mayor Carl Sheline, and Quebec Delegation Boston representative Laurence Gagnon. 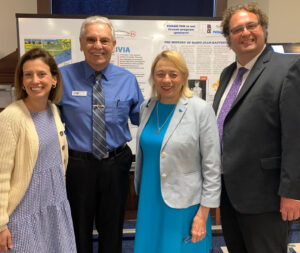 Peggy Rotundo was one of many volunteers who helped the event run smoothly. 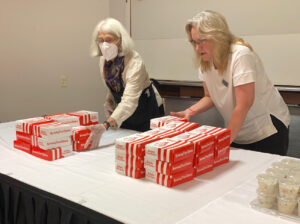 Peggy Rotundo and Penny Drumm set up food for the luncheon.

The doors opened at 9:30 a.m. and guests were already waiting to come in. There were displays about St-Jean-Baptiste with some photos and items from the Franco-American Collection at the University of Southern Maine Lewiston-Auburn College. A powerpoint ran on a large-screen TV and depicted the Franco immigrant experience.

There was a 50/50 raffle and other prizes were given away.

Elaine Roop, Franco board president, introduced the honored guests who each made a brief speech. Governor Mills surprised us with her speech in French. 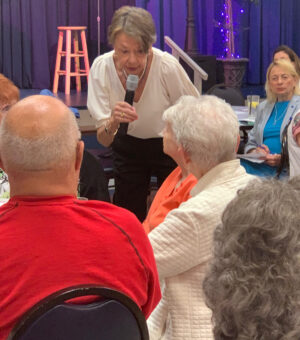 Elaine Roop quizzes the audience about their knowledge of St. John the Baptist. 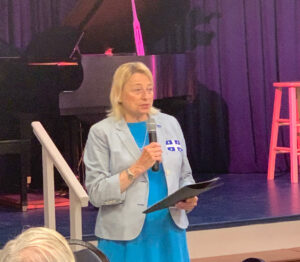 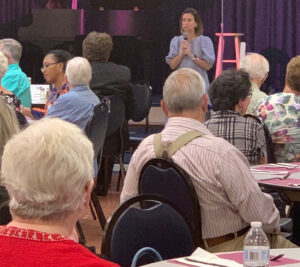 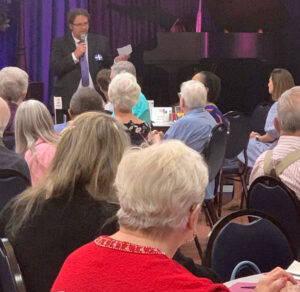 After a lunch of chicken pot pies, cole slaw, and whoopie pies, Don and Cindy Roy took to the stage, he on fiddle and she on piano. They performed some foot-stomping, hand-clapping tunes in the mix. 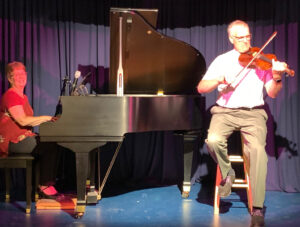 Don and Cindy Roy, he on fiddle, she on piano.

During La Rencontre, we were visited by staff from Maine Public Radio who interviewed and recorded a few guests about the importance of the French language and culture today and how it is being kept alive.