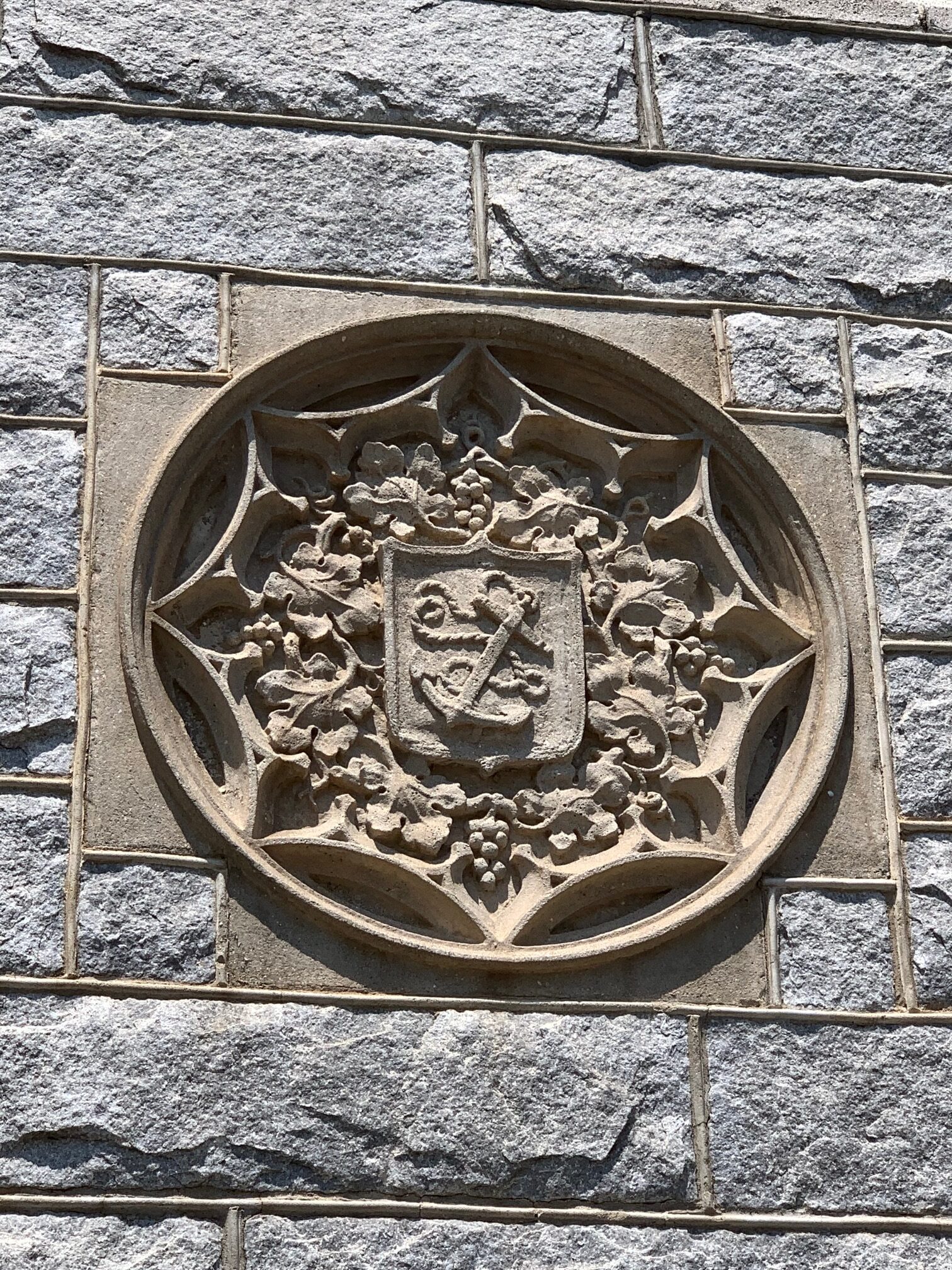 The anchor is a Christian symbol of safety, hope, and security, for its primary function is that of mooring a ship or boat. The safety of a ship in dangerous waters could depend entirely on the anchor stabilizing the ship. The early Christians combined the symbol of the anchor with that of the Cross, thus proclaiming that Christ and His saving Passion were the one true security, the one sure way to attain Heaven. In times of persecution, this symbol was a powerful image to those caught up in the various reigns of terror.

Christ was believed to be the true anchor in the storm of life, the true security, and that His Cross, the path of suffering would lead all eventually to the heavenly shore, beyond all pain, suffering and anguish. Hope in Christ, (see Hebrews Ch 6 verse 19) was seen as the soul’s anchor.

The anchor is often wrapped in vines, to represent firm Christian faith, as it is here on the former St. Mary’s Church exterior granite wall.

Make a donation to Save Our Stones (SOS) campaign as we raise money for needed repair work on the building.