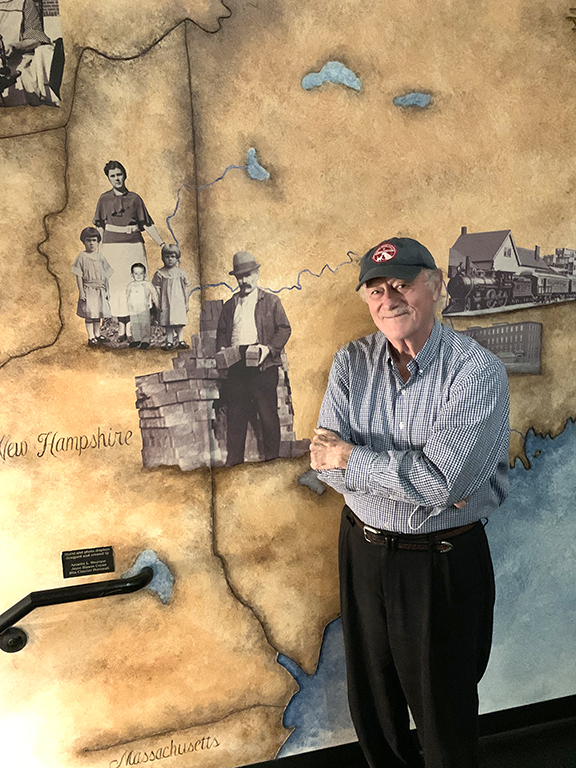 Standing in front of the immigrant mural is Normand Saucier. A photo of him as a young boy is in the mural which is featured in our main stairwell connecting our Performance and Heritage lobbies. The mural was a collaboration of many people including Joyce Coyne, Rita Perreault, and Annette Bourque in 2006. The work depicts the immigration process of Canadians coming to New England, mostly from Quebec and New Brunswick. The train track represents the original train leading directly from Quebec to Lewiston’s train depot. Though many came by train, many others came by horse and buggy, or cars. The bridge that is depicted on the mural is the one used by the New Brunswick immigrants. The mural was sponsored by Northeast Bank. 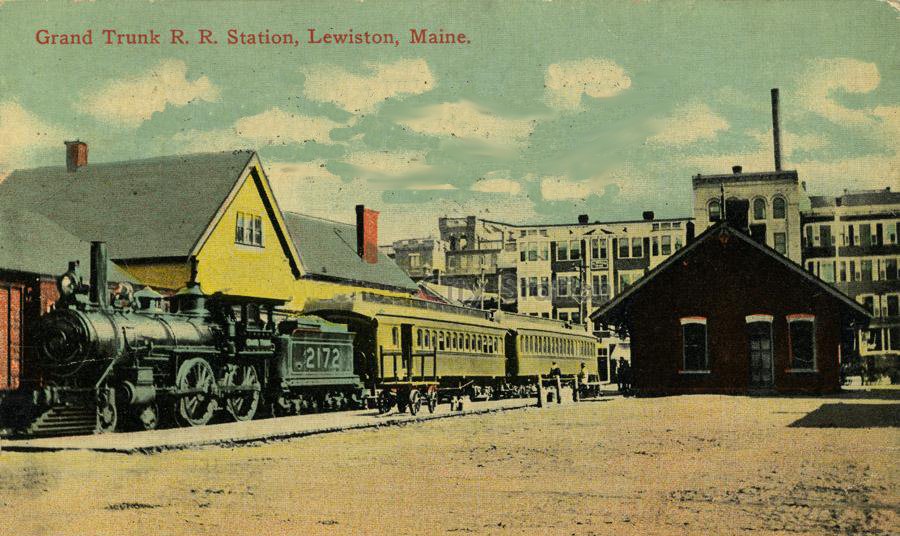