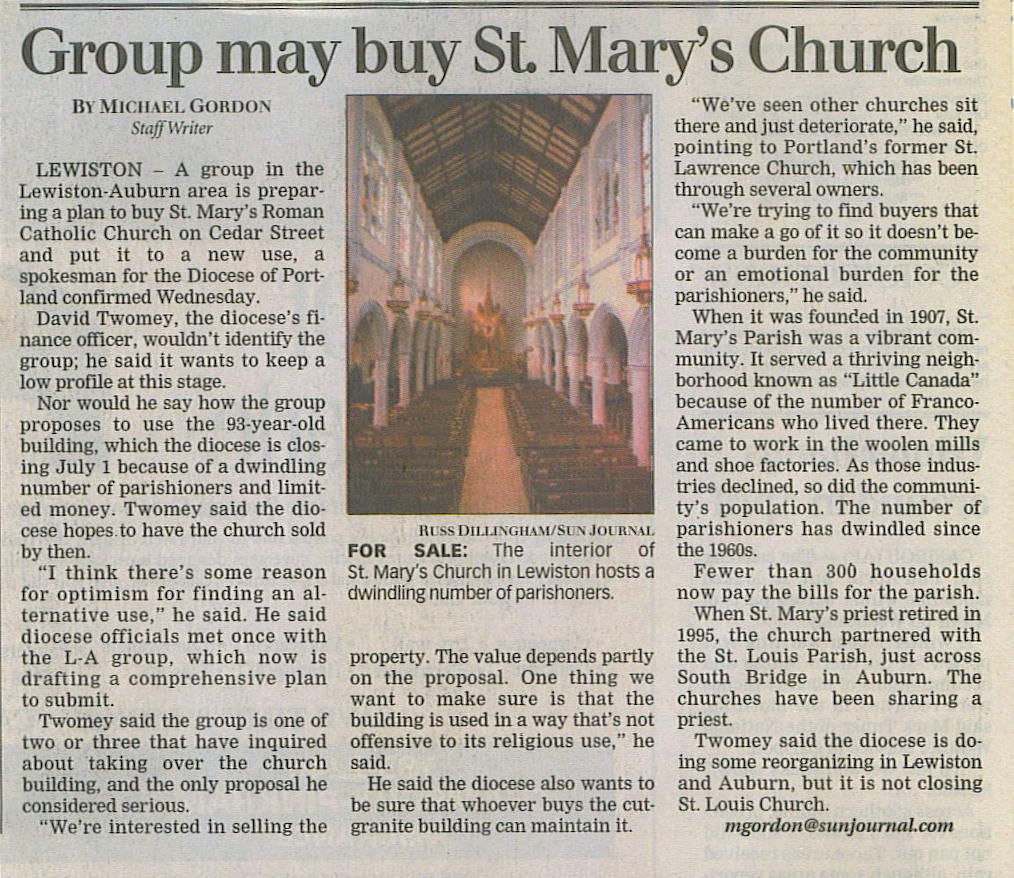 Our original commitment upon forming as a nonprofit was to document and showcase the contributions of Franco-Americans, who represent approximately two million people in New England, including 300,000 in Maine. Why aren’t Franco-American music, cuisine and other cultural expressions more prominent in Maine and New England? The answer lies in a historic repression of Franco-Americans that even involved the Ku Klux Klan. But Franco-American culture did not die, and it has been revitalized in Lewiston’s “Little Canada,” in large part by the group of people who established the Franco Center as a nonprofit. The heart of Little Canada is century-old St. Mary’s. The Franco-American Heritage Center, which was formed in April 2000, saved the landmark structure from demolition. Through the generosity of many partners, the building, with its Maine granite façade, European-made stained-glass windows and Frazee organ, was and continues to be restored.