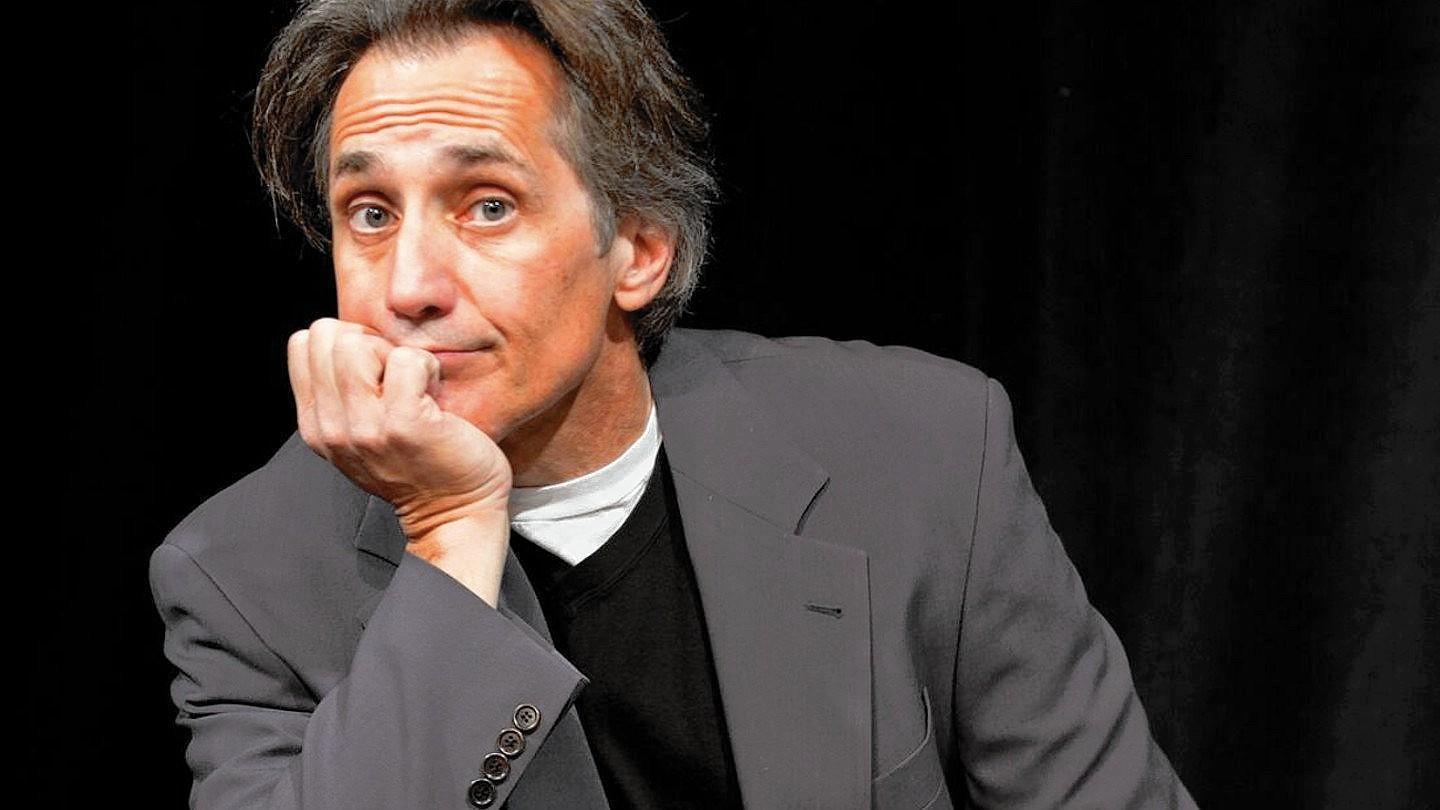 LEWISTON–Robert Dubac’s The Male Intellect: An Oxymoron? is an international comedy described by The New York Times as, “Hilarious… a one man tours de force!” and it’s coming to the Franco Center at TIME Thursday, Oct. 6.

On a quest to answer the age-old question, “What do women want?” Dubac transforms himself into five “hysterical boneheads who each offer sidesplitting advice on how to best straddle the gender gap – all while drinking a beer,” according to Dubac’s press release.

Critics and audiences alike state “The Male Intellect: An Oxymoron? is a rare thing: a clever combination of theater and stand-up comedy that is laugh-out-loud funny, provocative and insightful all at once. There are two types of people who should rush and see it – men and women!” according to The Providence Journal.

The show opens with the character Bobby in a very confused state after having been dumped by the girl of his dreams. Unable to understand why, he channels some not-so-wise, but hilarious advice from his five chauvinistic mentors. With a shrug of his shoulders or a crook of his neck, Dubac’s five alter egos each offer their own brand of misguided advice. They are:

THE COLONEL who insists that the key to what women want is honesty, hence all men should admit they’re boneheads so they always have an out.

JEAN-MICHEL who says communication is what women want and communicating with double-talk and mindless metaphors is completely acceptable as long as you speak with a sexy accent.

FAST EDDIE who gives women want they want – passion! But he doles it out from the passing lane professing men have to “love ’em fast and leave ’em first.”

OLD MR. LINGER who believes women want a sense of humor. He understands women can play hard to get. He also understands that if a man plays hard to get – he doesn’t get anything.  Old Mr. Linger is 123 years old and believes he has discovered the secret to life: remaining single.

RONNIE CABREZZI who believes all women want is some sensitivity. He also thinks sharing your secrets makes you sensitive.  However, the kind of secrets he shares with his fiancé, Lucy, just piss her off.

Luckily, BOBBY realizes their suggestions are worthless and with help from his “feminine side” he is able to sift through all the bad advice and discover the real answer to what women want. He does it all while drinking a beer.

Brace yourself, ladies, ‘cause this is how men think.

Having been translated into dozens of languages from Hebrew to Hungarian and produced world-wide from the Eiffel Tower to the Heartland, THE MALE INTELLECT is the kind of universal show that speaks to anyone who has ever been in a relationship. And out of one. And back in one again.

Dubac creates characters that boggle our minds with biting wit and rapid-fire satire while simultaneously crafting a simple story that binds us all together. His ability to combine the raucous laughter of stand-up comedy with the startling thrill of live theater continues to fill seats everywhere.

Tickets are $25 in advance and $30 at the door day of show. Doors open one hour before show time. The Franco Center is at 46 Cedar St., Lewiston. Parking is available in the mill lot. Handicap access is on the Lincoln St. Alley side of the building.