Bob Marley: TWO SHOWS at the Franco May 19 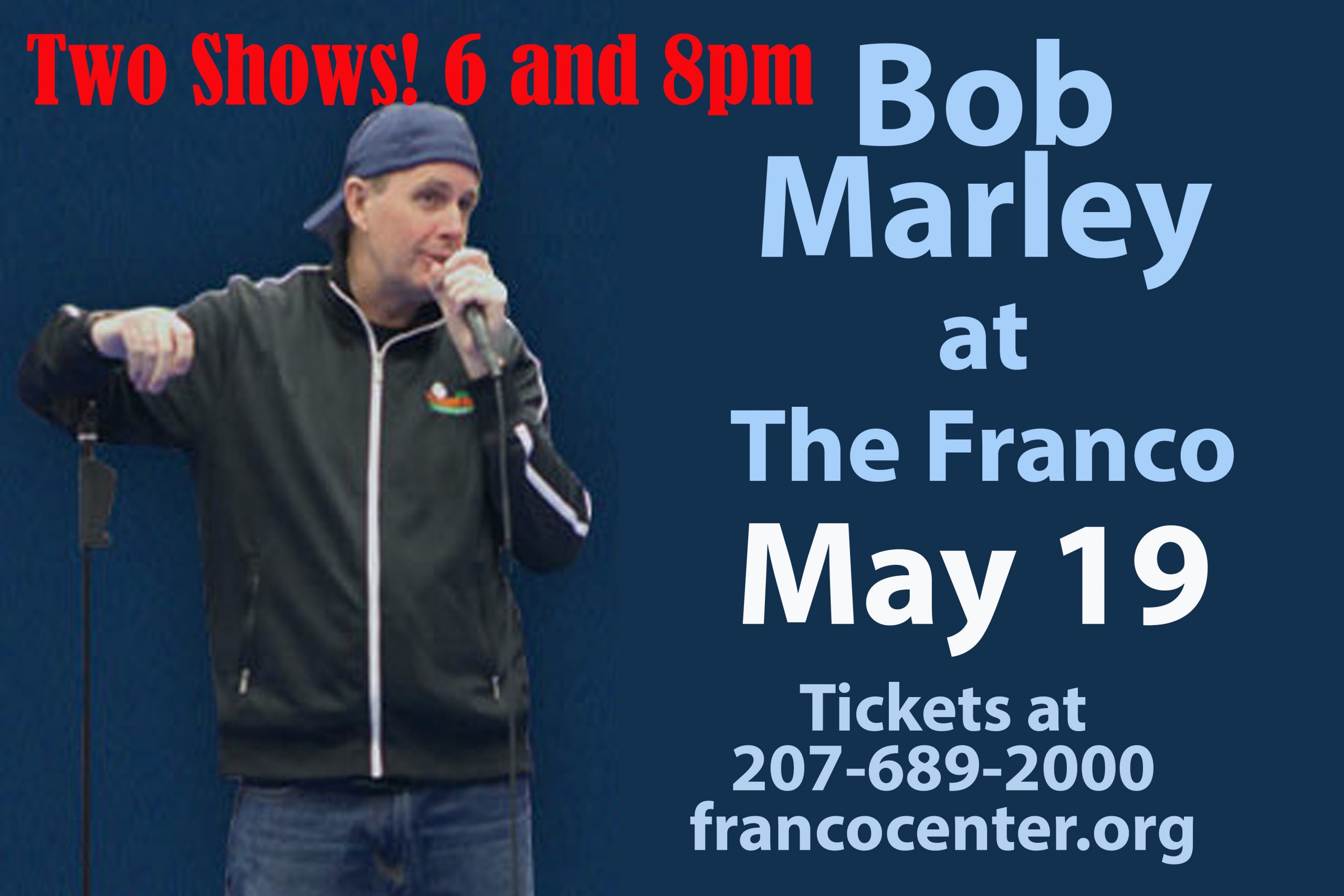 Doors open an hour early and a cash bar will be available.

Marley has been on the comedy circuit for more than 15 years and has been featured in his own special on Comedy Central. He is one of the few comics to do the complete late-night television circuit: Late Show with David Letterman, The Tonight Show with Jay Leno, Late Night with Conan O’Brien, The Late Late Show with Craig Ferguson, and The Late Late Show with Craig Kilborn. The Maine native is featured regularly on Sirius XM radio and has won their Superbowl of Comedy award. He has more than 20 comedy CDs and DVDs. Marley was inducted into The Guinness Book of World’s Records for “the longest stand up comedy show by an individual” at 40 hours of straight standup. He’s appeared on more than 100 TV shows and costarred in Boondock Saints I and II and All Saints Day, playing Detective Greenly. He has toured the U.S., Europe, Canada, Kuwait and Iraq.

The Franco Center is at 46 Cedar Street in Lewiston.