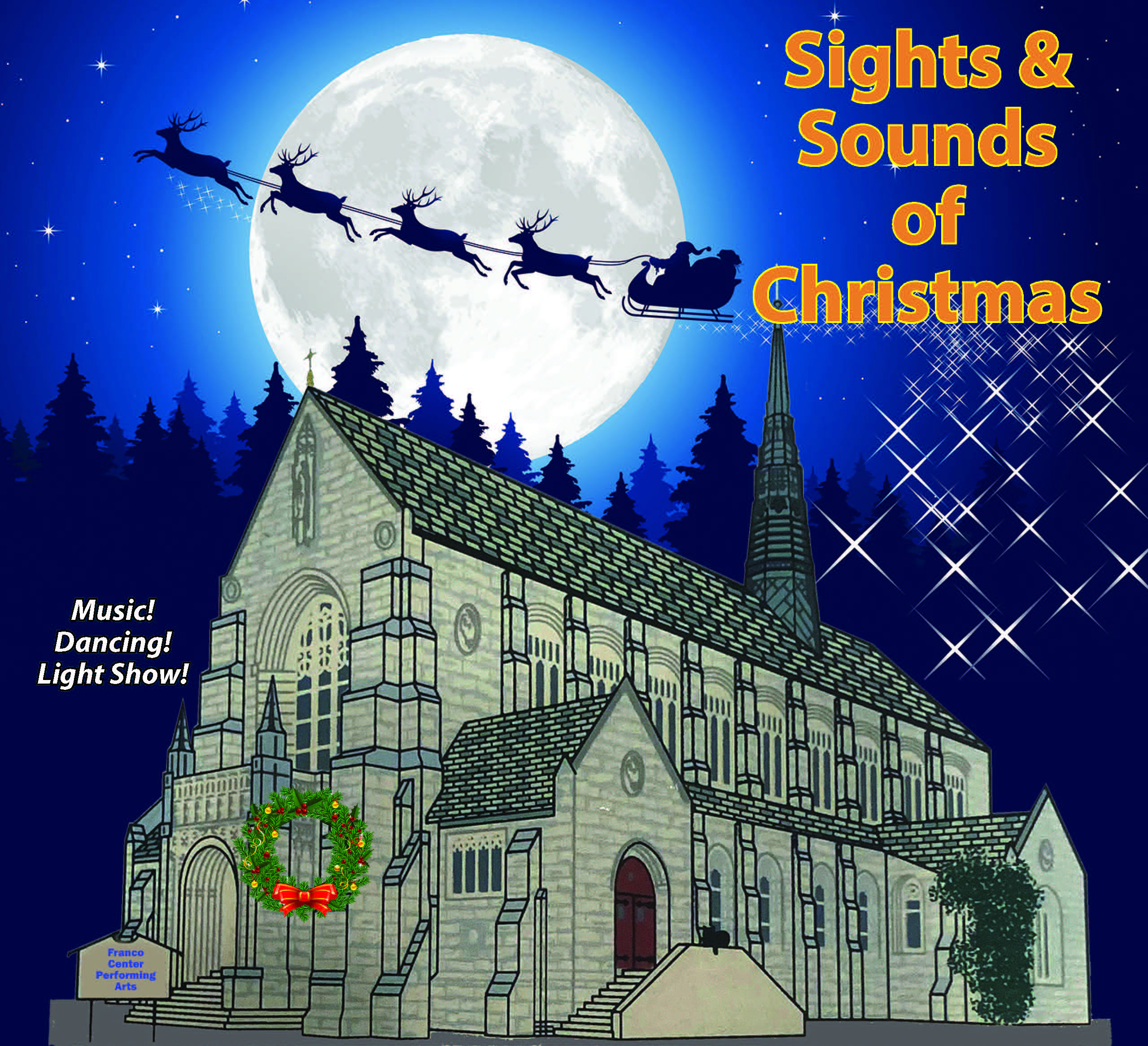 Our Sights & Sounds of Christmas Show will present a phenomenal holiday-themed event with a spectacular light show and music.

Sights & Sounds of Christmas at the Franco Center Dec. 17 and 18

LEWISTON— “Make it a holiday tradition to visit the Franco Center each year for our spectacular Christmas show,” said Elaine Roop, the nonprofit’s board president. “Our show has all the best sights and sounds of the season all rolled into one magical live production.”

With an evening show at 7:30 p.m. Saturday, Dec. 17, followed by a late afternoon show at 5:30 p.m. Sunday, Dec. 18, the Franco Center’s beautiful Performance Hall stage will be the scene of holiday-themed performances, music, and a light show.

Franco Center Production Director Hodgkin described the overall emphasis on an old-fashioned homestyle Christmas. “If you are looking to get in the holiday spirit, don’t miss this show,” said Hodgkin.

Throughout the event several musical pieces will be accompanied by a holiday light show. A live radio show will be dramatized by Carla Rose Dubois, David Hanright, Randy Hunt, and Bob LeBlanc. Several songs will be included for the audience to sing along with the performers. Great Falls Model Railroad club will have a display in Heritage Hall that patrons can view before the show and during intermission.

The Franco Center will be brimming with Christmas decorations, more than a dozen lit Christmas trees, holiday lights and music, throughout its building offering festive backdrops for selfies and family photos. “Make time for your loved ones this season and attend our spectacular Christmas show,” said Roop.

Tickets for the Franco Center’s Sights & Sounds of Christmas Show range from $15 to $30 for adults and $10 to $20 for children.

Tickets for the Franco Center’s Sights & Sounds of Christmas Show range from $10-$30. Tickets can be purchased online at www.francocenter.org/shows or by phone at 207-689-2000. Tickets can also be purchased in person at our box office between 10 a.m. and 1 p.m. on Tuesdays and Wednesdays.

Sights & Sounds of Christmas Part I
Welcome to the Franco Center introduction by Elaine Roop
Christmas reading by Emily Boyd and Michelle Breton
Christmas Singalong for Audience
Dahoo Doris from “The Grinch” drama
Light Show set to Music
“What Child is This?” by Theresa Cormier
“The Nutcracker” scene performed by The Dance Center students
“Mary, Did You Know?” by Emma Encarnacion on piano
The Ebenezer Effect radio show skit by Randy Hunt and others
“Love Came Down” by Jackie Preston
“The Peace Carol” by Kathy Amsden and Karen Flynn
Ross Cunningham musical piece on guitar
INTERMISSION
Sights & Sounds of Christmas Part 2
Holiday reading by Emily Boyd and Pam Bryant
Dasher’s Radio Theater Ensemble comedy skit from the original
series Frank & Beans! featuring CarlaRose Dubois, David Hanright,
Randy Hunt, and Bob Leblanc
“Into the Unknown” from “Frozen 2” performed by students from
The Dance Center
“Hallelujah” sung by Jackie Preston with Jake Hodgkin on piano
“Silent Night” by Michelle Breton
Reading by Emily Boyd and Ross Cunningham
Holiday song sung by Karen Flynn and Kathy Amsden
“Where Are You Christmas?” by Theresa Cormier
Thank you from Show Director Jake Hodgkin
Final Light Show set to Music
Final Bows accompanied by singalong to
“We Wish You a Merry Christmas”
END OF SHOW