Comedy at The Franco 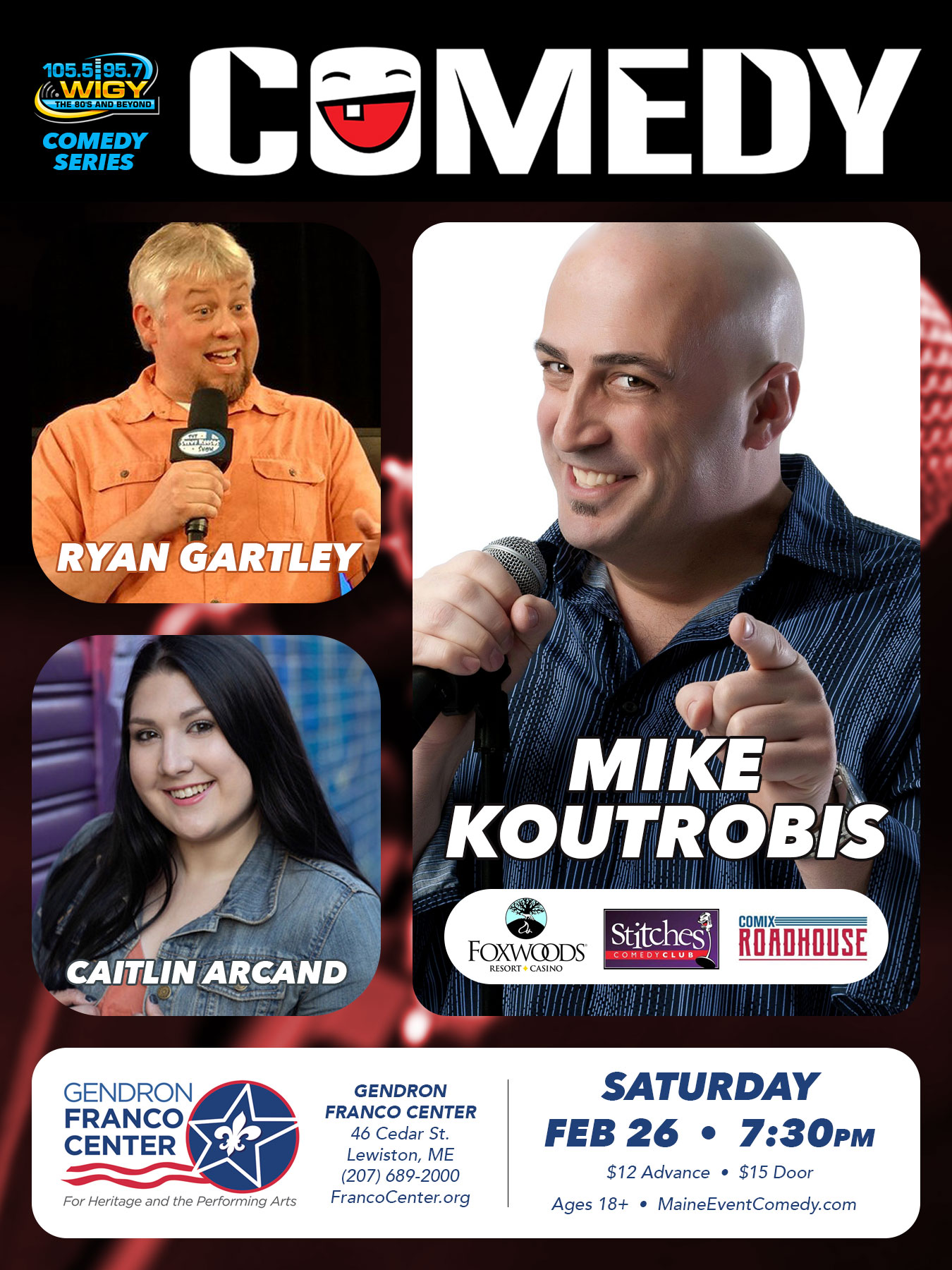 Maine Event Comedy is hosting another incredible night of comedy

Doors open an hour earlier for social hour; the bar will be open.

If you’ve missed all the laughs, don’t miss this event!

Koutrobis’ witty and sarcastic commentary has brought him to clubs, colleges, and corporations throughout the country. Prior to comedy, Koutrobis was an accomplished rock musician, Ringling Brothers trained clown, and MMA ring announcer. He’s also appeared in various motion pictures such as “Bleed for This” with Miles Teller, “Ghostbusters” with Melissa McCarthy, and “Castle Rock”, the upcoming Steven King series on Hulu.

With nearly 500 shows of experience, Gartley has performed everywhere from Bangor to Las Vegas. He was featured on the internationally syndicated Steve Katsos Show and was a semi-finalist in the Boston Comedy Festival. He’s opened for national headliners Jeff Dunham, Steven Wright, and Dave Coulier.

Boston’s Arcand is using her psychology degree for anything shy of being a psychologist. Her candid stories and brutally honest accounts of her daily life have been heard on stages all over the country. She was named one of Buzzfeed’s 2021 Women to Watch for her woman-centered humor platform Ladyspike Media.

The Gendron Franco Center is located at 46 Cedar Street in Lewiston. The show is for ages 18-and-over and will contain adult language and content. Tickets are $12 in advance, $15 at the door, and may be purchased at FrancoCenter.org.

COVID-19 PRECAUTIONS: No special precautions other than CDC guidelines.