Family-friendly magic and illusion show coming to our stage Nov. 12 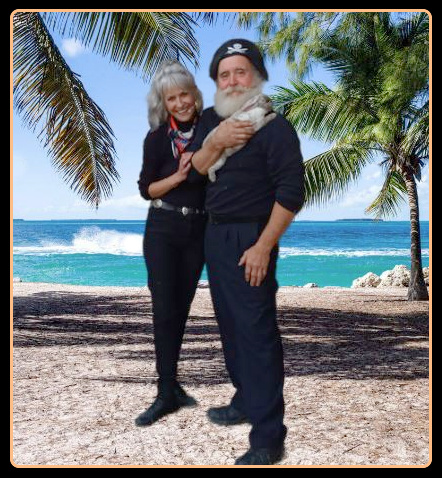 LEWISTON–Markus and Angelique Steelgrave will present their family-friendly show of magic and illusion at 2 p.m. Saturday, Nov. 12 at the Franco Center. Their show is sure to amaze guests with baffling magic and illusion, juggling, live animals, upbeat music, clean comedy, and plenty of good-natured audience participation. Angelique wrote about the Franco Center, “Wow, it’s beautiful! A perfect staging for a very magical illusion show.”

Markus Steelgrave was inspired to be a magician as a child, after reading a book about Harry Houdini and finding instructions in the back of the book on how to do a magic trick. At age 13, he literally ran away with the circus, and he joined the U.S. Navy after high school. After his time on the high seas, Markus worked as a magician, a juggler, and a fire-eater. He has been a consultant for theater companies and TV commercials, and he is also a skilled balloon-twisting artist.

Angelique Steelgrave earned a bachelor’s degree in theater at the University of Southern Maine and co-founded and performed with her own children’s theater, Krackerjack Theatre Company, from 1988-2002. She saw her first magic show as an adult, when encouraged to do so by a theater director who was also a magician and needed a new assistant. Angelique was selected for the role, and magic has been part of her life ever since.

Markus and Angelique Steelgrave partnered in 2002 and were married in 2006. Magic continues to be their full-time profession, and The Steelgraves, as they are known professionally, give hundreds of performances each year, mainly out of state. They have won several awards for both stage and close-up magic, and have been headliners at magic conventions around the U.S.

They’ve won several awards from their peers for both stage and close-up magic, and have been the headlining act at magic conventions around the country. Local television appearances include “The Nite Show With Danny Cashman” and Fox 23’s “Good Day Maine.”

The Steelgraves live in East Waterboro with their large family of critters including doves, rabbits, cats and the occasional flying squirrel.

Tickets are $15 for adults and $10 for children/students and can be purchased online at francocenter.org or by phone at 207-689-2000 or at the door day of show if tickets are still available. Doors open at 1 p.m. The Franco Center is at 46 Cedar St., Lewiston. Parking is available in the mill lot. Handicap access is on the Lincoln St. Alley side of the building.