Tom Petty tribute band to play at Franco on Nov. 19 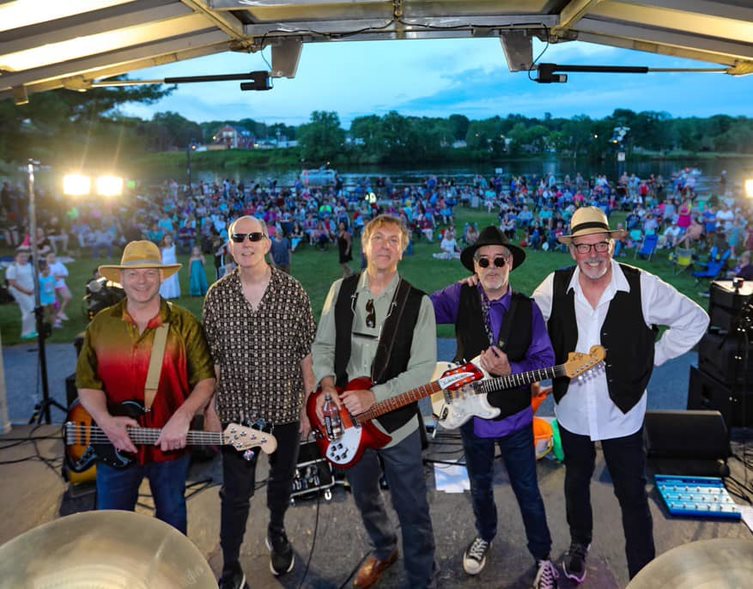 The Franco Center has announced that Runnin’ Down a Dream: The Tom Petty Tribute Band will perform on its stage at 7 p.m. Saturday, Nov. 19, 2022.

This Maine-based band includes members Mike Boucher on lead vocals and guitar; Harry Coddington on lead guitar; Roger Howard on drums; Marty Mclellan on guitar and vocals; and Steve Brown on keyboard and vocals. For over 40 years, Tom Petty created timeless classics with the Heartbreakers, Mudcrutch, The Traveling Wilburys, and released solo albums until his unfortunate death in 2017.

When five veteran musicians from Maine, with local and national experience, play Tom’s music together, the feeling, meaning, and very soul of these songs are undeniable. Runnin’ Down A Dream was created to perform the music of Tom Petty with authentic renditions from every stage of his career. “Our show faithfully replicates the style and feel of a Tom Petty and the Heartbreakers concert, allowing the audience to experience the music of this extraordinary artist,” said Roger Howard.

Mike Boucher started playing Tom Petty songs in his high school cover band. During the 1990s, Boucher began to focus his talents on song writing and has continued to sing and play his music for audiences on the East and West coasts.

In 2007, Boucher called on Harry Coddington to lend his versatile guitar-playing talents to the alt-country band The Gaffers. Most recently, Boucher has been performing around the Portland area with his roots rock band Jeezum Crow. Boucher is also the owner of Sonic Pictures, a video production company based in Portland, Maine.

Coddington started playing guitar shortly after seeing The Beatles on the Ed Sullivan show in 1964 when he was six years old. Initially, he was impressed by the bands of the 1960s and ‘70s such as Rolling Stones, Creedence Clearwater Revival, Cream, The Hollies, The Zombies, The Eagles, Jimi Hendrix, Derek & The Dominos, Allman Brothers. He also loved country and instrumental bands such as Johnny Cash, The Ventures, Willy Nelson, The Hellecasters,  Brad Paisley, Ricky Skaggs, Vince Gill, The New Nashville Cats, and Johnny Hiland.

Coddington won the Downeast Country Music Association’s first place “New Country Instrumentalist” for the year 2000. He’s played in many different bands starting in Florida and now in Maine. He has an affinity for Tom Petty and The Heartbreakers, which made dreaming up this band just feel natural.

Roger Howard started taking drum lessons at age 12 and joined his first garage band at 16. From there he went on to play in an assortment of bands in five states. His wide variety of musical styles include blues, country, alternative, rock, and rhythm and blues.

Since settling in Maine in the 1980s, Howard has always been part of the Maine music scene. His stage experiences have taken him from local bars and clubs to private functions, town fairs, campgrounds, festivals, tour boats, and just about anywhere he can set up a drum set. From early on, Howard had his mind on the business aspect of the bands, always willing to go out and meet club owners, managers, and booking agents.

Playing in Runnin’ Down A Dream is the culmination of everything Howard has learned and experienced over many decades in his extensive musical career.

Marty Mclellan made his debut at a coffee house performing covers of Neil Young, Grateful Dead, Jim Croce and James Taylor at Hobart College in Geneva, New York in 1982. Following that gig, he was fortunate to hook up with a local musicians club and formed his first band, Xtra Stok.

In 1995, Mclellan began to jam with local musician Ken Goodman in what would eventually become Blues Barn. The band acquired a new drummer and a new name. Dirty McCurdy marked Mclellan’s first real experience as a frontman. The band covered mostly rock and roll, but also some original material while it continued to adhere to the blues standards it had established in the Blues Barn years.

Steve Brown’s music career began in the late 1970s when he joined the band White Water in Central Maine playing a beat-up old Wurlitzer electric piano. This led to a brief Holiday Inn tour with an Elvis Presley tribute show.

Over the years, Brown became an in-demand keyboard player in the New England region. He was a member of some well-known bands including Ricky and the Giants, Elmore Twist Band, Gary Black and the Blues, 43 North and the LA Harley Band. He has been a first-call keyboard fill-in for dozens more bands.

These five musicians together on the Franco stage will perform the music of Tom Petty with authentic renditions from every stage of his career. Doors open an hour before showtime. A full cash bar will be available.

Doors open an hour before the show. Tickets are $30 in advance and $35 at the door day of show and can be purchased online at www.francocenter.org or by phone at 207-689-2000. Tickets can also be purchased in person at our box office between 10 a.m. and 1 p.m. on Tuesdays and Wednesdays.